As early as 200 AD, the island was first inhabited by the Arawak Indians. Later, it was taken over by the ‘Caribs’ who were often regarded as aggressive and possibly even cannibals (although there is little evidence to support that claim). They named the island Iouanalao, meaning “island of the iguanas”. 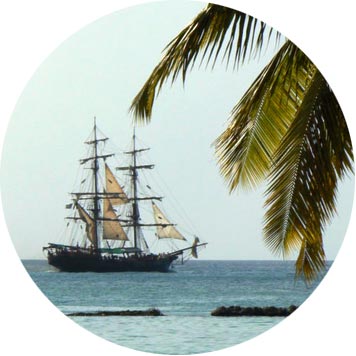 The next inhabitants of the island were pirates and their infamous leader, Francois Le Clerc. He was known for his wooden leg and also went by the nickname of Jambe de Bois (meaning wooden leg in French). In fact, Marigot Bay has been known to be a getaway hideout for escaping pirates, who would sail into the bay and hide their ship behind the palm-studded sand spit of the bay. Once dropping their sails, the ship would become virtually inconspicuous.

In the 1600’s the Dutch arrived and built a base at Vieux Fort (southern part of the island).

From this point up to the early 1800’s, there was an ensuing process of colonization attempts, battles, skirmishes, and retreats of the French, English and the local natives over the island. In fact, it’s said the island changed hands between the English and French 14 times before finally being ceded to Britain in 1814.

In 1834, slavery was abolished by the English.

Although the island gained control of its own government on 22 February 1979, its official head of state still remains the British throne, represented by a Governor General who appoints the 11 members of St. Lucia’s senate. The House of Assembly is elected by popular vote. St. Lucia has given birth to two Nobel Laureates: Sir W. Arthur Lewis won the Nobel Prize in Economics in 1979 and the poet Derek Walcott won the 1992 Nobel Prize in Literature. 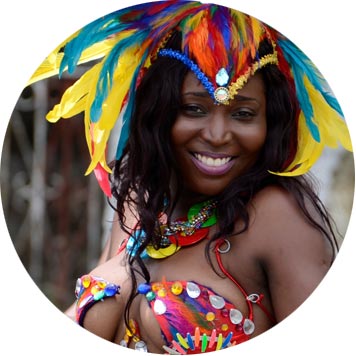 The culture in St. Lucia is unique and interesting. There are minor influences from the original native populations, but the bulk of influence comes from Africa and India, from where slaves were brought over. Over time, this has been mixed with the French and English influence of the island to create a culture of its own.

Although English is an official language, the local language is ‘Patois’; a heavily French-influenced creole dialect. Many of the area and names of places on the island are French. (Ex: Anse Cochon, where ‘Anse’ means bay and ‘Cochon’ means pig).

Likewise, the cuisine, like most Caribbean islands as well – is a mix of African, Indian, and perhaps English. Their foods feature a lot of spices, like curries, and local ingredients, like plantains, breadfruit, beans, rice, squash, pumpkin, etc.

Religion on the island predominantly (80%) Catholic, although it’s considered to be a very religiously tolerant country.

It is illegal to wear camouflage clothing on the island of St. Lucia.

Book now and save 35% off a minimum of 4 nights

For stays between June 1 to December 20​